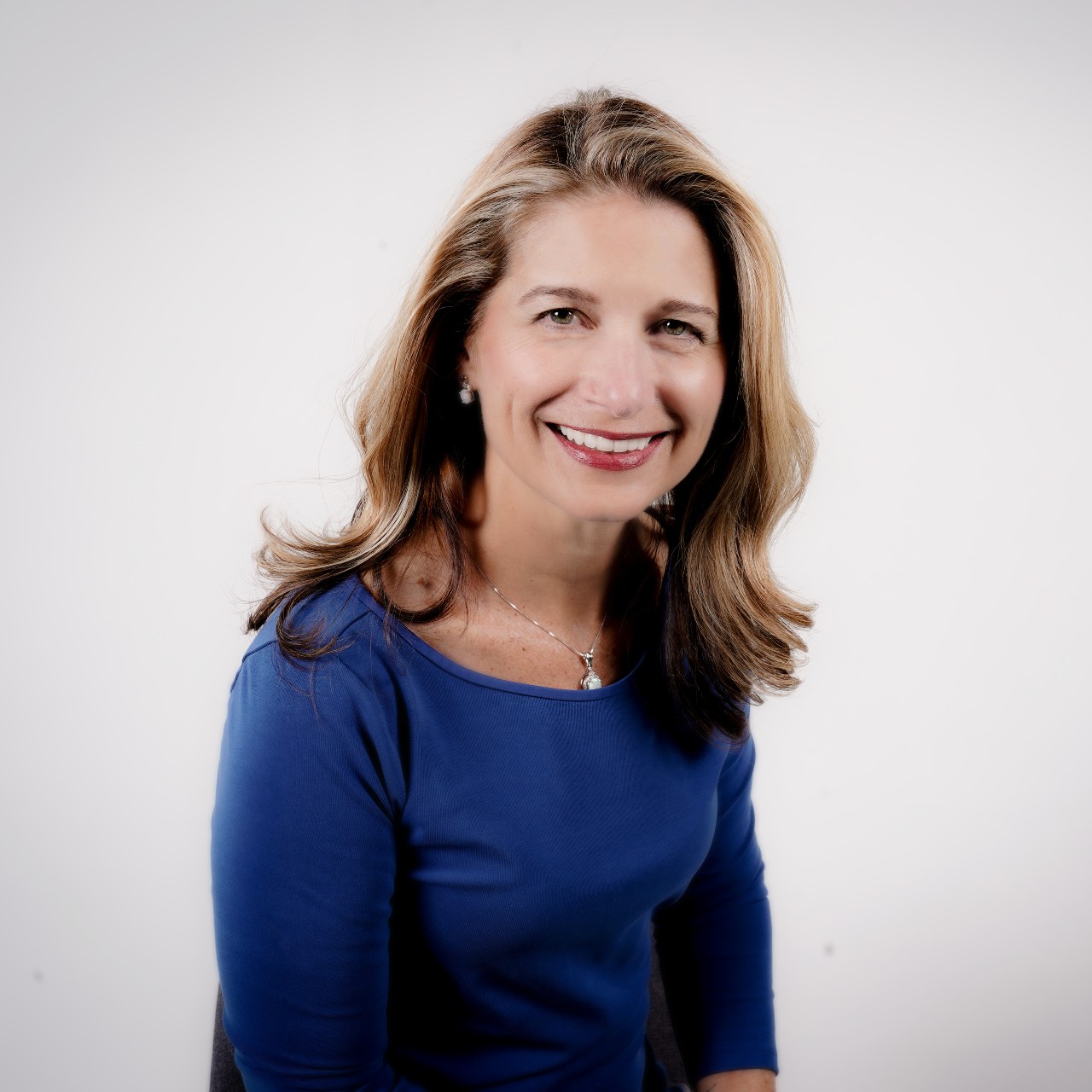 ``Life disruptions touch every human. Our co-workers have the unique ability to be part of our healing strategy when they know what to say and when to say it.``

An entrepreneur and former CEO of a successful wealth management firm, Mindy began her career as an office assistant. She was a single mother, dealing with divorce and had experienced a life-threatening illness. Reaching the pinnacle of her professional career, Mindy was in the middle of raising two talented boys when tragedy struck. Mindy’s father and oldest son were murdered by a white-supremacist intent on killing Jews.

Mindy’s life purpose changed from guiding people financially to creating space for people to learn about our differences and discover commonalities. Mindy is the author of Healing a Shattered Soul (2021) in which she takes readers inside her family’s struggle, the support of their faith community and her commitment to courageous kindness.

Along with her family, Mindy started SevenDays® Inc., a foundation promoting kindness and understanding through education and dialogue. The Foundation engages local and regional communities, businesses, cities, and schools in SevenDays® Make a Ripple, Change the World, offering kindness resources for K-12 educators and an experience providing opportunities for all people to increase kindness through knowledge, mindset and behaviors.

``Workplace teams have the ability to become an important step in an employee’s healing journey so that business can continue to prosper after a life disruption affects a team member.``

Lisa Cooper, Co-Founder of Workplace Healing and the Human Recovery Plan™ Software Platform, assists corporate leaders in recognizing the delicate balance of head and heart in the workplace and the importance of empathy after an employee’s life has been disrupted by grief.

As a former marketing professional, Lisa has always had a gift for communicating. She earned a reputation in the advertising industry for driving creative solutions to clients’ business problems as she led the marketing campaigns for Fortune 500 companies and small businesses alike. She built upon her corporate success by launching a consulting practice and sharing her expertise teaching graduate-level marketing classes.

Her mother’s death sparked a life transformation that produced her most rewarding professional accomplishment. Based on her personal experiences with grief and hope, Lisa was motivated to help others ease the pain of loss and help their grieving hearts to heal. Lisa wrote about her experiences and relationship with her mother in You Are My Voice: How Love’s Voice Never Dies (2014), an inspirational memoir. 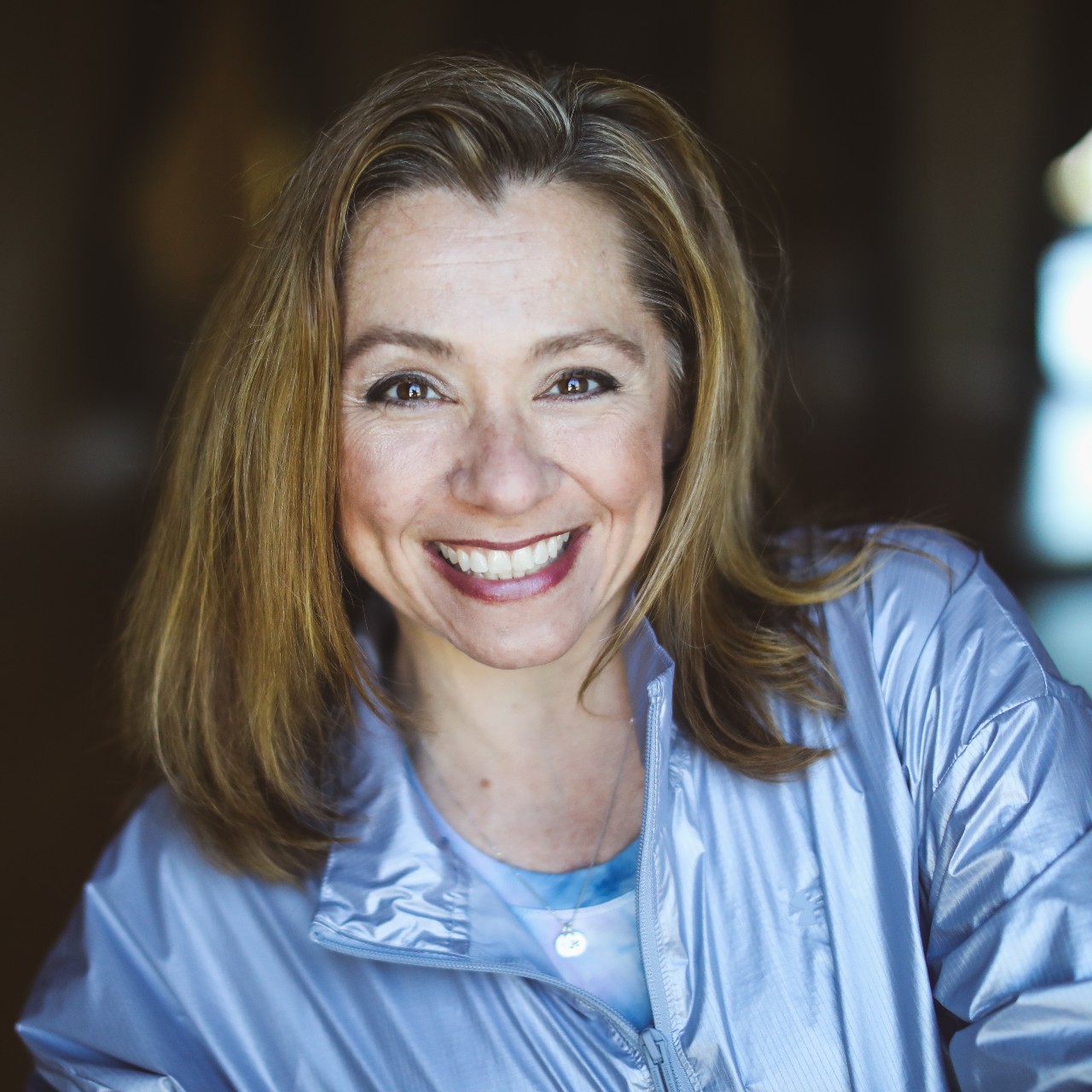 “The head and heart-based Human Recovery Plan plays a crucial role in supporting the health and well-being of the individual—and the societal impact our clients want to achieve through empathy training. It’s gratifying to be part of this innovative movement.”

With a background in public relations and marketing, Candy combined her wellness expertise with strategic communication skills that helped her clients more effectively engage and motivate their employees to reach their wellness goals.

In addition to health coaching, Candy is certified in sports nutrition, weight management, group fitness and smoking cessation. She is also the recipient of  the AASPA C.S. Robinson award for “Building Healthy Teams.”

Our Advisory Board shares their strategic insights and growth-oriented business expertise to help position Workplace Healing as the leading service provider for addressing grief in the workplace.

``I’ve seen firsthand how trauma, loss and grief impact individuals and teams. It can be difficult to know how to help people as they experience grief and loss. As leaders, we care about our people but feel helpless when we see them struggle. Workplace Healing’s Human Recovery Plan provides a road map to support your team through difficult times. Such support not only helps individuals and teams heal, it builds organizational cultures where people feel valued and engaged.``

Sandra, who has a Master’s in Social Work, combines her knowledge of behavioral health and human resources to assist organizations of all types to address the difficulties inherent in employees and teams. A much sought-after trainer who has developed customized training for companies large and small, Sandra is also an experienced facilitator of the Myers-Briggs Type Indicator (MBTI), Strengths-Finder, Insight Inventory, EQ-i (Emotional Quotient Inventory) and Predictive Index.

``As business leaders, we generally have no idea how to deal with the grief that members of our teams experience. Workplace Healing provides the playbook for a balanced head and heart approach to embracing this subject that has heretofore been somewhat taboo.``

A Certified Property Manager through the Institute of Real Estate Management and a CRE designated by the Counselors of Real Estate, Lee has been personally involved in the management of more than 75,000 multifamily units and 25 million square feet of office building, industrial and shopping center space throughout the country. He has worked with real estate investment trusts, insurance companies, pension funds, banks, savings and loans, developers, government agencies and corporate and individual investors.

An award-winning leader in his industry, Lee is the author of The Customer is King! and An Entrepreneur’s Words to Live By. He currently serves as the vice chair for the Johnson County Airport Commission, council member of the Kansas State University College of Education Development Council, founder/benefactor of the Tomorrow’s Teacher Scholarship Program and a mentor in the Helzberg Entrepreneurial Mentoring Program.

``The ability for corporate level executives to address grief and recovery from trauma such as death is essential for the workplace of the future, in particular as more companies become remote or hybrid and teams more distributed.``

Heidi Lehman is a global entrepreneur, successful leader, tech influencer and board member experienced at taking ideas and companies from concept to scale. She excels at commercialization, high visibility partnership, market development and fundraising. She loves mission-driven companies and concepts which have a huge global impact. She is skilled at navigating complex ecosystems to achieve results.

For seven years, Heidi has focused on the intersection of industrial IoT, climate and worker safety. Kenzen is a cloud-based wearable physiology solution with unparalleled heat science to prevent heat injury and death on worksites. The Kenzen solution has been deployed to industrial conglomerates across the globe.

Among her multiple accomplishments, Heidi is the co-founder of successful venture-backed companies, including Kenzen (workforce safety/ IoT/climate tech) and Third Screen Media (mobile ad platform acquired by AOL for $105m). She was also co-founder of MoxieQ an early influencer platform that worked with celebrity influencers and NBC/BravoTV, and co-producer of the media franchise “Queen Boss” – highlighting African American female entrepreneurs – which aired on BET 2017 (acquired by Viacom/CBS).

``With grief costing employers billions of dollars each year in lost productivity, Workplace Healing's Human Recovery Plan fills a gaping void, providing leaders with the vital resources and training they need to better support employees who have experienced the loss of a loved one.``

Jim Paglia is President and CEO of In’s & Out’s LLC (DBA) Brands That Stand, a strategic consulting firm he founded in 1995 to focus on guiding and aligning brand strategy.

Prior to In’s & Out’s, Jim had a lengthy career with various major advertising and public relations firms, overseeing national and global brands. He later formed Tassani & Paglia, an integrated marketing communications firm that grew to over $50 million in annual billing.

An in-demand consultant, speaker, workshop facilitator and university lecturer, Jim has represented clients in industry-leading companies and organizations such as American Express, Brunswick, Center for Disease Control, First Alert, IBM, Inland Steel, McDonald’s, Walt Disney World, Wendy’s, Workhorse Custom Chassis (Formerly GM Truck Body Div.), United Soccer Coaches, and many universities. He specializes in consulting with national nonprofit groups including the International Mentoring Association, the March of Dimes, the National Museum of Health and Medicine, and the Network for Teaching Entrepreneurship (NFTE), as well as state and municipal government entities. Jim has contributed to many strategic plans for clients in a wide range of industries and businesses.

Jim served as the first Chairperson of the Board at G2 Development of Michigan, where he is an investor. G2 operates under the brand names 7Engines and Steampop and is a cannabis grow, processing and retail business that runs in a consumer dispensary and an eight-acre indoor grow and processing facility.

A strong proponent of youth sports, Jim enjoys coaching soccer at the youth, high school, and college levels. In addition, he is deeply involved in the professional game through client engagements in North America and Great Britain. Jim is also the bestselling author of A Guide to Volleyball Basics which was widely distributed in the packages of the leading volleyball equipment and apparel manufacturers and is now available as a free download on the U.S. Volleyball website.

``The Human Recovery Plan and the work of Workplace Healing fills a much-needed gap that I have experienced both as a leader and employee. Supporting employees through significant life events builds loyalty and true engagement both with the impacted employee as well as their colleagues.``

Diana Toman, JD, MBA, is the Chief Executive Officer of The Toman Advisory Group, LLC, a strategy and governance advisory firm. A former chief legal and corporate affairs officer, she is an internationally recognized and respected Fortune 500 executive leader and strategic legal advisor with extensive commercial experience in global markets. As a trusted advisor to boards of directors, C-suite executives and functional teams, Diana guides clients through a myriad of global business, legal, and governance issues while also leading their organic and acquisitive growth.

Diana is an influential, solutions-oriented leader who actively partners with clients to achieve their corporate objectives and reduce risks. She builds high-achieving teams and inspires the best in people through a foundation of integrity, trust, communication, and purpose.

Throughout her impressive 20+ year career, Diana has served organizations of varying sizes and industries with a unique breadth of responsibilities. Prior to launching Toman Advisory Group, Diana was the Executive Vice President, Chief Legal Officer and Corporate Secretary of Arconic Corporation (NYSE: ARNC) with broad leadership responsibilities for the $7B+ Fortune 500 aluminum manufacturing company, including legal, compliance, environmental, health and safety, government affairs, community engagement, and ESG/sustainability. Diana also served as the President and Director of the Arconic Foundation, an independently endowed foundation with $180M+ in assets.