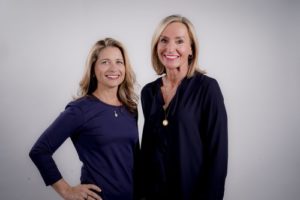 Mindy Corporon and Lisa Cooper are the co-founders of Workplace Healing and the innovators of the Human Recovery Plan™ Software Platform.

Born from a personal tragedy followed by a difficult reentry into corporate life, Workplace Healing’s Human Recovery Plan is an easy-to-use, 24-7 solution that provides corporate leaders, managers and care teams with the empathetic muscle necessary to support grieving employees. Workplace Healing is proud to be part of the Impact Foundation family.

There’s nothing more anxiety-provoking than watching an employee or colleague suffering from grief and not knowing how to confidently respond. For too many leaders it can mean they either ignore the situation altogether or resort to a vague response, like “take as much time as you need,” before carrying on with business as usual.

Without any direction on how to best approach the situation, even those in leadership may distance themselves, inadvertently causing more isolation for a bereaved employee in the grips of a difficult life disruption.

Unacknowledged or mishandled grief in the workplace not only hurts employee morale but also undermines employee engagement and harms the financial well-being of your organization. 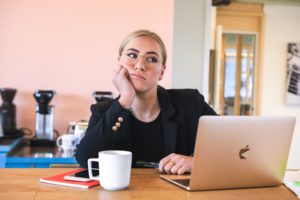 How does grief impact companies?

Since 2018, we’ve been exploring the latest research and engaging one-on-one with employers. We’ve listened carefully to what corporate leaders, HR executives, and managers had to say about their worries, fears, frustrations, and uncertainties when it comes to expressing empathy and addressing grief in the workplace. Here are just a few takeaways from these conversations:

From our own challenging grief experiences, we know that grief can look different for every individual, but that doesn’t mean grief is a strictly personal or isolated matter. Rather, when a grieving individual feels unsupported at work, it can create costly ripple effects across an organization.

One of the early adopters of the Human Recovery Plan, Cohen-Esrey Development Group, experienced the value of the on-demand software after the unexpected death of a beloved coworker earlier this year.

Supporting Employees Grieving the Death of a Coworker 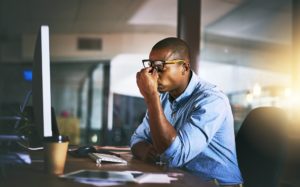 When Jay Johnson, an energetic and charismatic 31-year-old, died in his home in June, it sent shockwaves throughout his extensive network of friends and colleagues.

“Jay’s death was just a complete and total shock to our team,” says Lee Harris, CEO of Cohen-Esrey Development Group, which is headquartered in Merriam, KS. “I have never seen somebody that young so connected politically and otherwise. For such a young man, he had so many connections and developed many relationships that served him well—and served the company well.”

Described by his colleagues as “incredible” and “truly a character,” Jay was a development director for Cohen-Esrey based in San Antonio, TX. He was passionate about helping families find safe, affordable and quality housing. During his tenure, he was responsible for the development of 806 units across the cities of Texarkana and San Antonio, with 900 more units in the works. “His death leaves a huge hole in our organization,” Lee says.

Putting the Human Recovery Plan to work. As a client of Workplace Healing’s Human Recovery Plan™ Software Platform, Cohen-Esrey was positioned to spring into action immediately to provide head and heart-based support to Jay’s many grieving coworkers.

“The Human Recovery Plan enabled us to be intentional about supporting our teammates,” Lee says. “We did not experience the kind of helplessness or awkwardness that so often occurs when a death like this happens. Instead, we had a series of steps that we developed and implemented to help with the grieving process.”

Marilee Scheid, Director of Learning & Development at Cohen-Esrey, who helped build several Human Recovery Plans (HRP) following Jay’s death, has since built plans for other life disruptions employees have experienced. “The HRP software is super simple and intuitive,” she says.

Lee and his team chose a balance of head and heart-based tactics in the initial days and weeks to support employees grieving the death of their colleague, including: 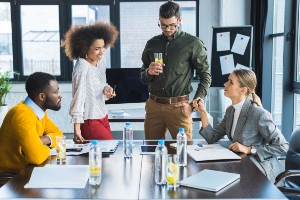 Ongoing education with a human touch. Cohen-Esrey leadership also turned to their Workplace Healing Advocate for additional support when it came to crafting appropriate messaging related to bereavement and addressing questions that came up as they built their Human Recovery Plan.

“Our Human Recovery Plan Advocate was amazing. One of the things that I learned is not to use the term ‘provide closure,’” Lee says. “She pointed out that people grieve in different ways and sometimes there’s closure for some people, but others aren’t ready for that yet.”

Marilee agrees. “Little nuggets of information like that are helpful, especially for those of us who don’t have the knowledge or experience that Workplace Healing has as we support team members going through the bereavement process.”

Strengthening corporate culture. The Human Recovery Plan is an interactive solution for any innovative organization that prioritizes the health and well-being of its employees. It also ensures managers have access to the necessary tools and resources to confidently and successfully support their teams.

“We have five core values at Cohen-Esrey,” Lee says. “One of those is team member fulfillment. Workplace Healing is instrumental in helping us deliver this core value by enabling us to customize the kind of support that a team member needs during a grief event. It plays right into the foundational elements of our culture.”

Grief support at your fingertips. To learn more about Workplace Healing’s on-demand, 24/7 Human Recovery Plan™ Software Platform contact us to schedule a demo or visit www.WorkplaceHealing.com.